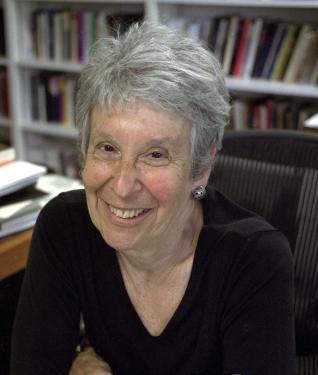 In my 1986 article, "Gender:  A Useful Category of Historical Analysis," I insisted that gender "provides a way to decode meaning and to understand the complex connections among various forms of human interaction.  When historians look for the ways in which the concept of gender legitimizes and constructs social relationships, they develop insight into the reciprocal nature of gender and society and into the particular and contextually specific ways in which politics constructs gender and gender constructs politics."   Since writing that article some 30 years ago, I have been exploring the ways in which psychoanalysis enhances those kinds of readings.  In this talk I will suggest that one approach  to the operations of power is to look for the ways in which normative notions of sexual difference are deployed.  For historians the analysis is particularly useful because the meanings of gender are, like differences of sex, impossible to "fix."  Their very mutability allows us to identify change not only in the meanings of gender itself, but in the political investments of individuals, groups, races, states and nations.

Joan Scott’s groundbreaking work has challenged the foundations of conventional historical practice, including the nature of historical evidence and historical experience and the role of narrative in the writing of history. Broadly, the object of her work is the question of difference in history: its uses, enunciations, implementations, justifications, and transformations in the construction of social and political life. Scott’s recent books have focused on the vexed relationship of the particularity of gender to the universalizing force of democratic politics. They include Gender and the Politics of History (1988), Only Paradoxes to Offer: French Feminists and the Rights of Man (1996), Parité: Sexual Equality and the Crisis of French Universalism (2005), The Politics of the Veil (2007), and The Fantasy of Feminist History (2011). (IAS website)